Mitchell Barnes, Founder & CEO A glowing device called ‘Replicator’ was featured for the first time in the sci-fi series Star Trek back in the 80s. This device, amazingly, could create any object out of thin air which, back then, was nothing short of an astounding futuristic concept.

Today, decades after the release of the classic saga, the world of manufacturing witnesses the ‘Replicator’ come to life in the form of 3D printing. While the 3D printing technology cannot yet produce anything one might want on command, the materials that can now be printed with it include metals, glass, ceramics, carbon fibre and various plastics and resins. In lockstep with this evolution, it is only a matter of time until future consumers will be able to easily produce any custom-shaped product or component of their choice.

Although 3D printing might have emerged as the next frontier for modern manufacturing, there are still significant barriers that hinder its application in mainstream manufacturing. Given the evolving stature of the relatively new technology, 3D printing and manufacturing is expensive and requires a high level of sophistication. As a result, a multitude of manufacturing entities is often found struggling against the high costs involved in 3D tooling and the details of intricate design specifications, which keep them from reaching perfection. Against this backdrop, finding the right 3D manufacturing solution that can meet everything, including the targets, quality, and the budget of a manufacturer, is a challenging endeavour. Turning the tables over this norm and establishing its niche as a new age 3D manufacturer, RYSE marks its eminence in the modern manufacturing landscape.

Equipped with the expertise to offer a wide range of services supported across several industries like automotive, medical, aerospace and consumer, RYSE specialises in providing tailored 3D manufacturing solutions for its clients. In addition to revolutionising the manufacturing process, RYSE ensures successful delivery, quality, precision, and cost-effectiveness in every engagement.

With a robust premise of offering the latest in 3D printing technology and manufacturing services, RYSE is also at the forefront of innovation in the design and development of cost-effective and state-of-the-art 3D printing tools. The company holds deep expertise in injection moulding, CNC machining, casting, and carbon fibre manufacturing, among other manufacturing methods. As RYSE’s founder and CEO, Mitchell Barnes, says, “Unique to RYSE’s specialisation is the ability to utilise and combine all of the different technologies with 3D printing as a key integrator link. Through this combination, we have effectively lowered the cost of tooling to about 80 percent.”

Where It All began

Necessity was indeed the mother of invention in the case of Mitchell Barnes, who faced a challenge in developing his own engineering project during his college days. In order to build his engineering model, Mitchell Barnes required a 3D printer, which at the time was significantly expensive. Taking things into his own hands, Mitchell used his knowledge and understanding of 3D printing and went on to design his own version of a cost-effective one-meter cube 3D printer.

In addition to providing technical eminence to the supply chain of our clients, we strive to create and improve their organisation’s product offering in the marketplace

He later capitalized on this tool by printing the models of his peers as a service, marking the genesis of RYSE.

Ranging from scope development to material and production type selection, RYSE’s expertise encompasses each aspect of manufacturing while ensuring the quality of production right from the beginning till the end of the project. The company offers its clients a tailored solution to match their needs, unlike other manufacturing companies that are often focused on pushing a certain solution or product out to the customer. Barnes states, “Along with a vast network of partners, we also own all the intellectual property on the technology that we offer. This enables us to provide the right solution or come up with a new one to serve the specific demands of our customers.”

RYSE’s 3D printing tool is pre-packed and fully validated to be implemented directly into the design infrastructure of aerospace products and medical devices. However, this kind of precision engineering manifested by RYSE is not merely limited to its technical acumen. For instance, in order to create a vehicle infrastructure for a client, RYSE’s primary focus will be to cut down the cost of manufacturing by carefully understanding the market dynamics of the client’s vehicle brand. This journey of in-depth understanding doesn’t stop here as RYSE’s team ensures that they profoundly study all the factors, including the product of the client, their vision, and the workforce. Barnes explains, “This understanding enables our team to identify the common grounds of working with our customers and helping them achieve their goals.”

After establishing its relationship with the customer, RYSE brings its vast skills and expertise spread across multiple industries to transform the vision of its customer into a reality. By gathering and aggregating knowledge from different industries, RYSE cross-pollinates this intelligence to develop best practices, and create insights in the design, development, and manufacturing services. “In addition to providing technical eminence to the supply chain of our clients, we strive to create and improve their organisation’s product offering in the marketplace,” adds Barnes.

Establishing Milestones along the Way

Citing an example of one such collaborative relationship and a successful project of RYSE, Mitchell shares the case study of an electric motorbike manufacturer that approached them to develop a completely new model. The client had a strict time-scale of a 24-month on-road delivery of 100 fully homologated, validated bikes, besides an even tighter budget range. RYSE stepped into the project without any initial data support. However, the company utilised its unique model of understanding the requirements of the project, implemented its 3D tooling to develop a multitude of on-road prototype vehicles, and manufactured all of the production components with the available production stack and quality materials. By the end of the project, RYSE was successfully able to design, develop, manufacture, produce, and assemble around 100 completely homologated electric motorbikes that were safety-tested to be on the road. 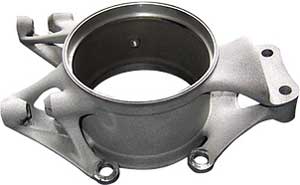 RYSE’s technique not only allowed its team to perform daily iterations and quality improvements on the product but also enabled it to build additional features for the bike, including its unique modular structure. With the help of its production level tooling, RYSE has effectively cut down the manufacturing costs by 70 percent.

With the prospect of delivering similar engineering eminence, RYSE has laid down its future roadmap to be at the forefront of the manufacturing industry as a solutions provider, manufacturer, design and engineering consultancy. With a vast and established market to cater to in the UK and Europe, the company is currently planning on expanding its offshore horizons via an upcoming facility in the U.S. Over the coming few months, the company will also be licensing some of its patents on its tooling solutions to other manufacturers, which will enable them to directly control their processes in-house, without having to outsource to RYSE. By licensing its patent, RYSE aims to cut down the cost and turnaround time for both its partners and competitors spread across the UK and help them manufacture and compete on the same scale as other competitive markets.

Currently, the team at RYSE is working on a new, larger injection moulding tool. This model is expected to be 60 to 80 percent faster than the traditional injection moulding tooling, and will also cut down the cost of raw material and process. The company has also developed a revolutionary solar roof tile as well as a modular power tool battery within a short period of six months—market-ready, certified products that are to be rolled out across the UK in 2020.

One of the distinct aspects of RYSE’s offerings is that a large portion of its products are recyclable. Through this initiative, the company aims to achieve a goal of 100 percent recycled visibility in order to support the environment while also delivering better cost for its customers. “Reducing manufacturing cost and effort significantly through 3D printing is our effective goal, and if we are successfully able to do that, I believe, we own a methodology that can control the future of manufacturing. And that is our vision,” Mitchell concluded. 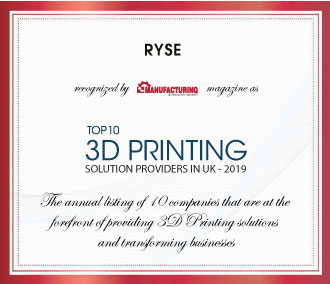 Description
Equipped with the expertise to offer a wide range of services supported across several industries like automotive, medical, aerospace and consumer, RYSE specialises in providing tailored 3D manufacturing solutions for its clients. In addition to revolutionising the manufacturing process, RYSE ensures successful delivery, quality, precision and cost-effectiveness in every engagement. With a robust premise of offering the latest in 3D printing technology and manufacturing services, RYSE is also at the forefront of innovation in the design and development of cost-effective and state-of-the-art 3D printing tools. The company holds deep expertise in injection moulding, CNC machining, casting, and carbon fibre manufacturing, among other manufacturing methods 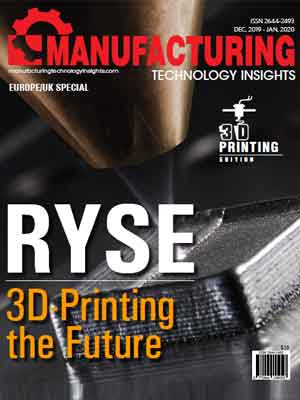